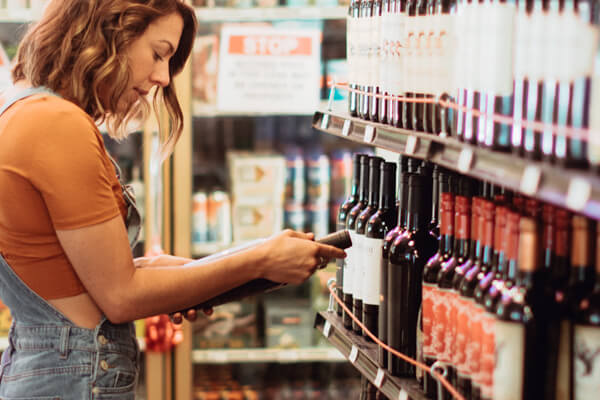 We all know that the planet has a plastic problem, but glass isn’t entirely innocent either (nothing that's mass-produced is). The good news is that when you choose a bottle that's closed with natural cork you effectively undo what little damage was caused by the production of the glass in the first place.

In a time of rampant plastic use and terrible plastic pollution, glass has a pretty good rep. Glass is broadly recyclable, almost infinitely reusable, and we place higher value in it than we do in plastic. You might even say that people in general respect glass more than we do plastic. That might be because of the money we pay for it, or it might have to do with the fact that from a young age we learn to fear it (what’s worse, breaking your mom’s favourite vase or cutting your hand as you rush to clean it up?). Whatever the reasons, while plastic is quickly becoming a dirty word, glass has class.

No matter how preferable it might be, even glass has an impact on the environment, including the glass bottles you buy your wine in. As reported by The Drinks Business an average of 400g of CO2 is generated during the production of every 750ml glass bottle (while that number can be closer to 300g for lighter glass). That represents emissions equivalent to driving your car almost a whole mile, or charging your smartphone 51 times. Let’s be real; this isn’t a staggering amount of CO2 and we’re definitely not saying you should feel guilty about buying a bottle of wine because of the associated emissions. But what if the bottle came with a built-in carbon offset?

That’s pretty close to what you get when you buy a bottle with a natural cork stopper. A recent study by Ernst & Young (commissioned by cork giants Amorim) revealed that each cork stopper captures more than 300g of CO2 while the cork for a bottle of sparkling wine can store more than 560g of CO2. That means that at least 75% of a bottle’s CO2 footprint will be accounted for in the cork that closes it.

Wondering how the cork traps the CO2? That’s how cork grows in the first place: in the bark of cork oak trees, via the process of photosynthesis that turns CO2 into food for the plant to grow. The corks themselves are, quite literally, CO2 taken out of the atmosphere and turned into the beautiful, versatile material we use to make wine corks (read more about what makes cork so special).

Something as simple as preferring a bottle sealed with natural cork can help eliminate the carbon footprint associated with something you love. This is the kind of basic information that can help us shape our consumer habits for the better, because if there’s a simple choice you can make for the better of the planet, why wouldn’t you?