What on Earth is a circular economy?

The circular economy simplified, and how ReCORK fits in.

Cork recycling in the circular economy.

There’s a growing movement among the environmentally-conscious, advocating for the adoption of a ‘circular economy’ to replace the current linear model of production, use and disposal. If that makes you go ‘Say what now? Economies have shapes?’ don’t worry, you’re not alone. Let’s break it down a little, using SOLE's natural wine cork recycling initiative ReCORK as an example of the potential for innovation and progress toward a more circular model for the way we do things.

To understand what a circular economy is, it’s helpful to describe what it’s not - that ‘linear model’ we just mentioned. Put simply, the linear model is the way that raw materials are extracted from the environment, used to produce a product, that product is used by a person, and then thrown away. Production --> use --> disposal. It’s the way the industrialized world has been working for as long as many of us have been alive, and it's what the circular economy hopes to replace with a more sustainable alternative.

So what is it? In short, it’s a model for an economy that aims at minimizing waste and making the most of resources.

As an example: it’s Tuesday and Susan has had an average-to-bad day at work. She deserves a glass of wine (go-on Susan, treat yourself) so she pops into the liquor store on the way home. She grabs a bottle that’s just the right combo of cheap and palatable for a Tuesday. It’s got one of those fake plastic corks: Susan doesn’t really care, she just wants those earthy tones and that hint of citrus. She gets home, opens the bottle and pours herself a glass just as her husband Greg gets home. Greg hates Tuesdays, but luckily still loves Susan. Before they know it Susan and Greg have finished the bottle of wine and toss the plastic cork into the garbage. That plastic cork has served its purpose and it’ll go to a landfill where it’ll sit for an eternity while more fossil fuels get used to make more plastic to make more fake corks for next Tuesday’s bottle of wine.

Ok, so the circular economy is not just produce, consume, dispose. So what is it? In short, it’s a model for an economy that aims at minimizing waste and making the most of resources. It says: we’ve got a limited number of resources on earth, and an environment that needs to be cared for. We need to make the most of everything we remove from the earth; design products to make as little environmental impact as possible and design them to last as long as possible; use those products for as long as possible, reuse them as often as possible, repair them if they break, recycle them when they’re no longer usable; and minimize waste at every stage. Reuse, repair, recycle.

She gets home, drinks the bottle of wine with her Tuesday-hating, Susan-loving husband Greg, and talks some smack about her boss.

So let’s go back to Susan, only this time operating in the context of something closer to a circular economy: it’s Tuesday and Susan has had an average-to-bad day at work. She deserves a glass of wine, so she pops into the liquor store on her way home. She remembers reading somewhere that while screw caps and plastic corks take fossil fuels to produce and generate significant CO2 emissions, natural cork is super eco-friendly, and actually has the effect of removing CO2 from the atmosphere. She doesn’t really care right now, she just wants those earthy tones and that hint of citrus, but she chooses the natural cork bottle because it’s the right thing to do, and she already feels ever-so-slightly guilty about her Tuesday wine consumption. As she leaves the liquor store she sees a ReCORK Cork Recycling Bin and likes the look of it, but doesn't think too much about it.

Susan gets home, drinks the bottle of wine with her Tuesday-hating, Susan-loving husband Greg, and talks some smack about her boss. Susan starts to feel a bit better about her day and just before throwing away the wine cork, she remembers the ReCORK Cork Recycling Bin that caught her eye. She hangs onto the cork thinking she’ll drop it off next time she’s at the store. But Susan’s only human and she forgets. A few weeks go by, Tuesdays, Fridays, the odd Sunday lunch, and before long she’s got a good little collection of corks going.

One day Susan decides it’s time to take in her corks, but she’s got to buy some new sandals first. When she gets to the shoe store, she sees that THEY have a ReCORK Cork Recycling Bin too. They’re also selling sandals made out of recycled corks. Susan buys a pair of sandals, drops off her corks, and heads home via the liquor store to pick up a bottle of wine to drink by the pool in her new flip flops.

The corks Susan drops off don’t end up in a landfill. They’re transported via carbon-neutral shipping, ground down and turned into a new raw material that does everything that petroleum-based foams do, with a tiny fraction of the environmental impact. It’s the same cork, given a new life, in a new material that will be made into a new product. The material has been carefully designed and tested to last as long as possible (durability and longevity are essential to products in the circular economy). That material is made into a new pair of flip flops. These flips have taken the fewest possible resources to manufacture. Each component is precisely custom molded or knit (rather than cut from a sheet or block of material) so that there is no material wasted in the process. The flips are transported back to the shoe store via carbon-neutral shipping. They’re purchased by someone with plantar fasciitis, and because they’re designed to be good for your feet, relieve pain and look good, their new owner wears them all the time, for years.

By making simple choices that cost her nothing, Susan has contributed to a system that places high value in the natural resources that we as people have at our disposal. It's a system that ensures that the manufacturing of products happens with as little waste and impact on the environment as possible. On a broader scale, this system is what the circular economy looks like.

While Susan isn’t a real-world person, the scenario described is completely real-world, right now, with ReCORK and SOLE. The cork recycling that ReCORK does isn't a circular economy as such; that'd be like describing Coca-Cola as 'a capitalism'. Instead, what we do at ReCORK is an example of one system that fits into a model of circular production and consumption, based on the types of priorities and principles that drive a circular economy.

In the future, we at SOLE and ReCORK aim to develop a way to manufacture our recycled cork products that allows the cork components to be separated and recycled an endless number of times. We’re not there just yet, but we’re hard at work to make this a possibility. This is the type of innovation that we as people, brands and manufacturers need to continue to work toward to safeguard our future on the planet we call home.

In the meantime, any business or organization can sign up to be a ReCORK Collections Partner. There are plenty of different recycling partner models for you to choose from. 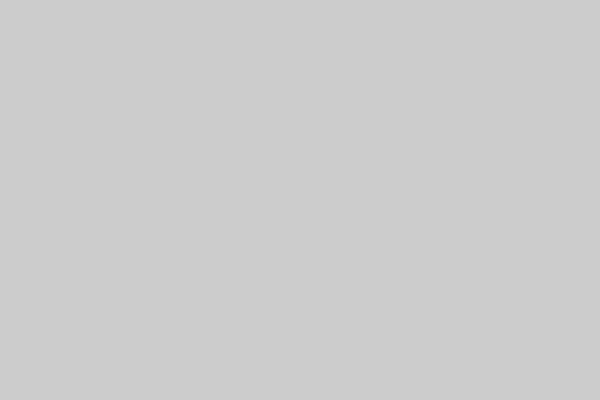 The Journey of Cork from bark to bottle to boot, and how it helps the environment from beginning to end.

ReCORK's carbon-negative status: how we ensure we remove more CO2 from the atmosphere than we add to it.

Sometimes a little negativity can go a long way.

Explore more and hurt less: how SOLE can help you adventure in comfort with a clear conscience.

The solution to pain and fatigue, for the conscious adventurer.

What makes cork sustainable and versatile: insights into a wonder material.

A look at why we're crazy for cork.

ReCORK Recycling Partner models: how to involve your business.

Join the cork revolution in a way that works for you.

At SOLE, we create footbeds that deliver unrivaled comfort and support. We not only stand behind the quality and performance of every footbed we make, but also the personal satisfaction of our customers.

Your SOLE footbeds are warranted against defects in materials or workmanship, but if you are not satisfied with your SOLE footbeds for any reason at all, simply return them to the point of purchase with your receipt within 90 days of the original purchase for a replacement or refund. If you purchased your footbeds from yoursole.com, please contact customer service at customerservice@yoursole.com for replacement and refund options.

Get $10 off your next purchase

Get $10 off your next SOLE purchase.*