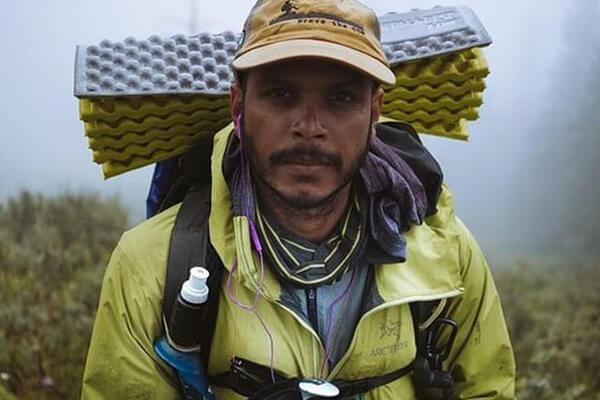 Diversity is not a hashtag: an open letter to the outdoor community.

I could give you an introduction: some background about my personal life, places I have hiked, my favourite piece of gear; or I can start with a story. Maybe that will help us both to get somewhere -- to an understanding about the space I take up outdoors and why it matters that we see each other in that space, without filter.

On my first day of school in Canada (in North York, Toronto) my father came with me. As we were about to enter the main lobby, he pointed to a sign in black and white that insinuated that I was about to enter a “racism and discrimination free zone.”

My dad read that sign loud. Looking me in the eye, he explained what it meant as I didn’t speak English all that well, then. My father reminded me that the sign was there precisely because there would be racism and discrimination in the space I was about to enter. I knew it pained him to say that, because he knew there was very little he could do conceivably to shield and protect me, that there would be people who hate me for who I am, that things will happen to me based on how I might be perceived. That was my first lesson in absent signifiers; my first experience of empty statements that might be good in intent, but ultimately do more to gloss over difficult issues than work to tackle them.

You see, the outdoors is like that, too--except there are no posted signs about diversity or discrimination. Instead there are people who tell me that there is nothing political or politicised about the outdoors. Leave politics out of it, they tell me. Go outside to escape the politics¸ they offer, hoping to sound helpful or consoling.

"I have lost count of the number of confederate flags I've seen sewn onto backpacks on trails."

Let’s talk Appalachian Trail, for instance. I walked the entire length of it in 2013, from Springer Mountain in Georgia to Mount Katahdin in Maine along the Atlantic Seaboard. Fourteen states, five million footsteps, 2184.6 official miles. In 2013 over five thousand people attempted a thru hike, under 800 finished—I was one of them. 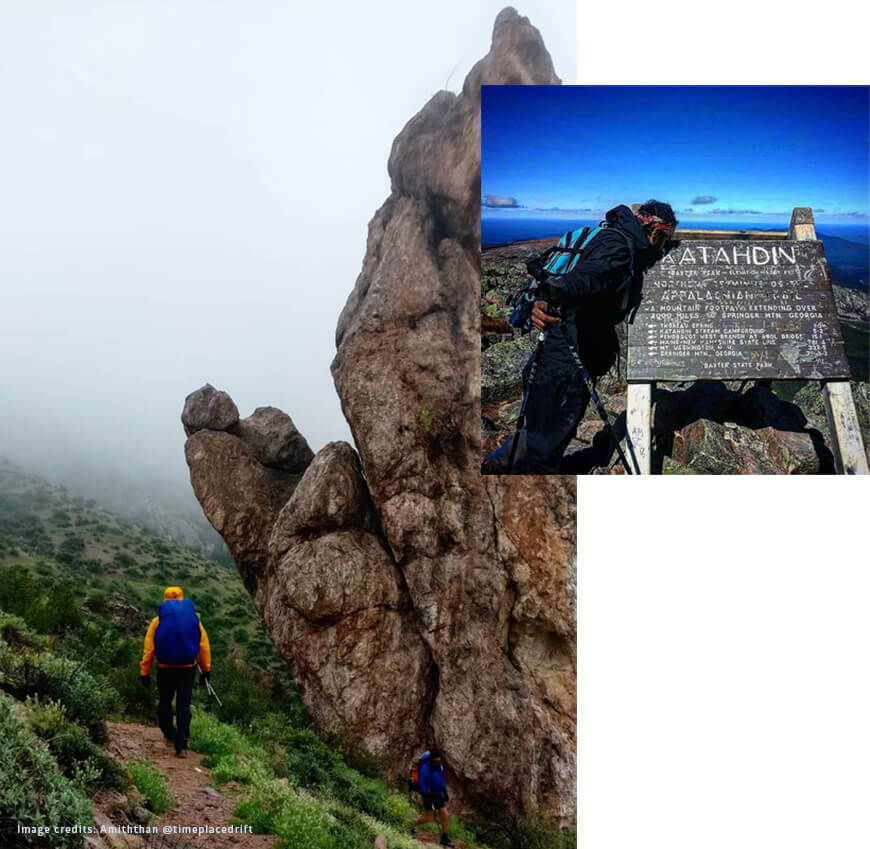 The trail passes through civil war battle grounds, mountains, rivers and places whose indigenous names have been erased, kept mostly in the memories of those who survived the genocides. The trail was, in places, part of the underground railroad to Canada. I spent one unforgettable night at one of these stations. Beneath the crawlspace I sat in uncomfortable silence. It didn’t feel like freedom. The Appalachian trail, like any other imaginary line across the north American continent, is a trail of bloody politics, a place steeped in and shaped by contested narratives.

I met a total of six thru hikers of colour, the first of whom was in Virginia, the longest state on the AT. I have lost count of the number of confederate flags I've seen sewn onto backpacks on trails.

In Untold Stories from America’s National Parks, Susan Shumaker discusses segregation and the lizard grip of Jim Crow politics at specific public parks along the Appalachian Trail. She writes:

At George Washington Birth Place National Monument, and Shenandoah afterward, the federal governments policy was to recognize local laws and policies regarding segregation of public facilities. In Virginia, that amounted to adherence to Jim Crow Laws.

I hope I do not have to elaborate anymore on Jim Crow laws than to state that they ensured and legally codified the oppression and dispossession of black people in spite of emancipation. Some Park officials determined where, when and how black people could recreate, if they were allowed to recreate at all. Jim Crow laws ensured that certain spaces were off limits, that non-white bodies were intruders in that space and did not belong.

In his excellent article on why black people should take up more space outdoors Joshua Walker gives some historical context to a statistic that “gets tossed around in countless articles puzzling over why those black people just don’t [know] how to swim”, that “black children ages 5 -19 drown in swimming pools at a rate more than five times that of white children.”

When formerly segregated public facilities, white only pools and beaches were forced to integrate in the 60s, “cities across the US chose to defund their public pools rather than allow black bodies into a formerly all white space”

Jim Crow laws existed well into the 1960s. The civil rights movements clawed back some of the liberties for racialized people but black and brown bodies are still policed, still held in constant surveillance, still punished. Some of us still need permission, apparently, to do the most ordinary things: watching birds at a park, going for a run, buying some skittles, a distance hike.

"Months later I would sit at a trail town restaurant in Pennsylvania with an order of all-you-can eat pancake breakfast. All around me were white folks, and a sign that declared do not feed wild animals above a picture of a black family."

Here’s another story: I had decided that travelling by train to Gainesville, Georgia -- the town nearest to the southern terminus of the Appalachian trail -- was my best option ensure that my gear would arrive with me, unmolested by suspicious hands. You see, you have to think about those kinds of things when you are brown and travelling across borders, even with all your paperwork intact.

Crossing into upstate New York, the US border patrol agents boarded the train. One by one they checked passports, asked routine questions until they reached my seat. My seat companion, a matronly black woman, chuckled when the officer asked me why I have a tent in my backpack. I explained that I was headed to the Appalachian Trail to start a thru hike. He asked for my passport, then asked me to follow him, along with my belongings to a secondary inspection car. Clutching my pack, I followed dumbstruck. I am Canadian, aren’t I? I don’t need a special visa for this, do I? Where were they taking me? 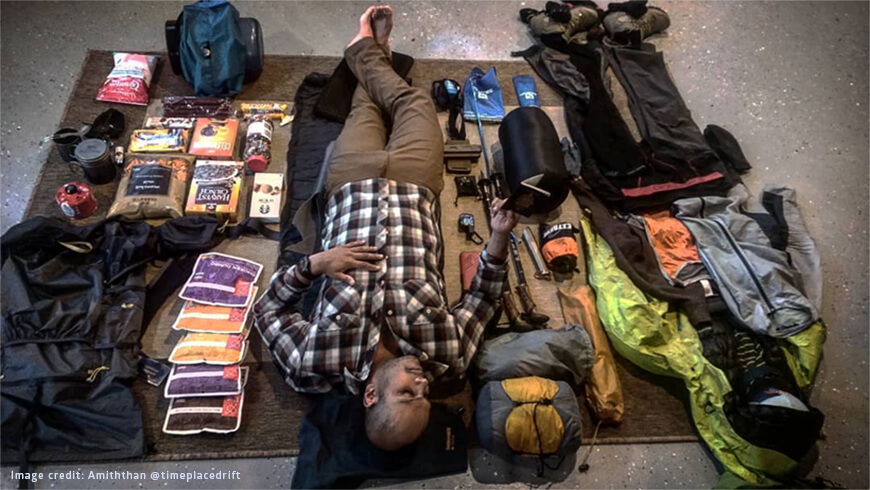 I sat in front of a blonde female officer. She seemed stern but also kind. She inquired about the trip, asked me where I planned to stay. I told them it is a 2000-mile-long wilderness trail so I would be camping. She asked if I could provide physical addresses for where I would stay. I told her that perhaps I can show her some GPS coordinates. If I seemed impertinent to her, she didn’t say. I felt recalcitrant. She asked for me to produce my bank account. I asked her if that was legal. She told me she needed to make sure that I wouldn't just disappear into the woods. I was tempted to tell her that I had free healthcare where I came from and a fully funded scholarship to graduate school. I didn’t.

She asked me if she should believe me when I told her that I was planning to walk two thousand miles. She asked me, at last: why do you want to do this American thing?

I knew what she was really asking me. I am familiar with this type of insinuation. I met her eyes, convinced that my hike is over before it even began, and said “because I want to.”

She held my gaze, then returned my passport with this clipped phrase, “I will give you the benefit of my doubt.”

Months later I would sit at a trail town restaurant in Pennsylvania with an order of all-you-can eat pancake breakfast. All around me were white folks, and a sign that declared do not feed wild animals above a picture of a black family. In another time it would have said, White Only, refused me entry—if I was lucky. And that would have been legal. My companions walked away because they could. The sign offended their sensibilities; they had the option to disengage, ignore it. I couldn’t. I made them serve me pancakes, and took my time.

"My politicized body does not bring the politics to this space. The politics are always already there. I don’t have the option to “leave the politics out of it” or treat the wilderness as “an escape from politics.”

When I set out to hike the AT I didn’t know, nor was I able to reach out to, a single thru hiker of color. I didn't seem like the type that interested marketing teams at outdoor brands. I didn’t see anyone who looked like me on any of the then available hiking forums. If they existed, I had no idea how to seek them out for advice on things I didn’t feel comfortable asking a demographic that felt alien, disconnected from my lived reality. Most people were just worried about pack weights and bear spray.

Of the six non-white thru hikers I met, three of them were black. One of them was a black woman, hiking north to south, opposite to my direction. She appropriately or ironically called herself Unicorn. I can't speak for her racial and gender-specific experience of the trail. What I do know is that we said hello as we passed, instant knowing grins on both of our faces, like we stumbled onto a private secret all of our own. It was a moment of solidarity that didn’t require the violence of words to be acknowledged: our smile was enough. This was near Pennsylvania.

So many people showed me kindness on and off trail. I walked with and through welcoming trail families, members of which are and will always be part of my life, however distant.

I still hated taking photos of myself on trial, unless I was completely alone. Truth is that I was always aware, painfully aware, of how much an anomaly I was in this space. I once hiked 61.2 miles in a single day on the AT but still lacked the self-confidence that seemed to come so easily to other hikers. 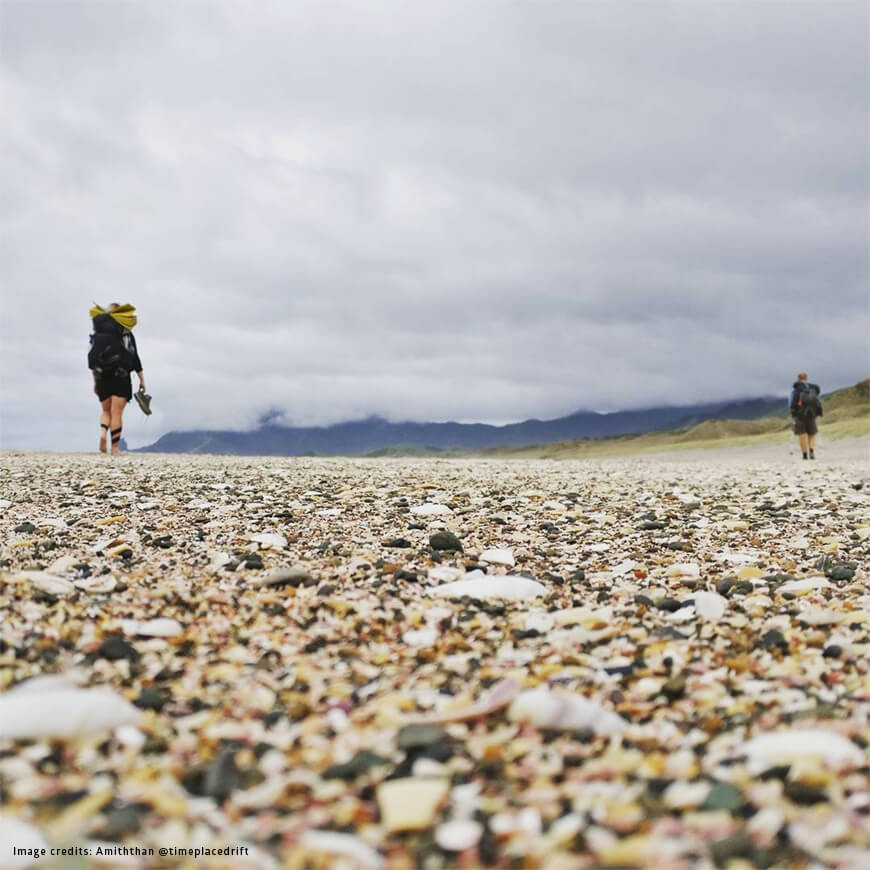 I have since hiked over six thousand miles on long distance trails in the US, Canada and around the world. I produced a documentary for CBC radio on the nexus of distance hiking, trauma and discrimination while hiking the Arizona Trail in 2019. I was one of the official ambassadors for the Continental Divide Trail in 2019.

I have stood up for and spoken loudly about diversity in every platform I am given. Still, the outdoors is not a place I seek to escape from my realities. There, I confront them head on. In the outdoors I am constantly reminded that what is most personal, most sacred to me is and has always been political. My politicised body does not bring the politics to this space. The politics are always already there. I don’t have the option to “leave the politics out of it” or treat the wilderness as “an escape from politics.” I am the embodiment of your politics and mine and often, its target. My health and safety depend on my awareness of this basic fact at all times. I do not have the privilege of escape.

I am neither here to argue for my subjectivity nor defend my right to belong in this space. I know that I belong here. It is useless to offer me platitudes, certainly not condescension minimizing my lived experience. How I got here is a journey fraught with resistance to barriers both tacit and systemic. If we truly want the outdoors space and its industries to move toward inclusion in the name of diversity and increasing access, then apathy, censorship and erasure cannot be the status quo. The work we need to do and the conversations we need to have to change this space are inherently political. It is vital to acknowledge this and engage from that basic premise.

I have always been here.

Do you see me? 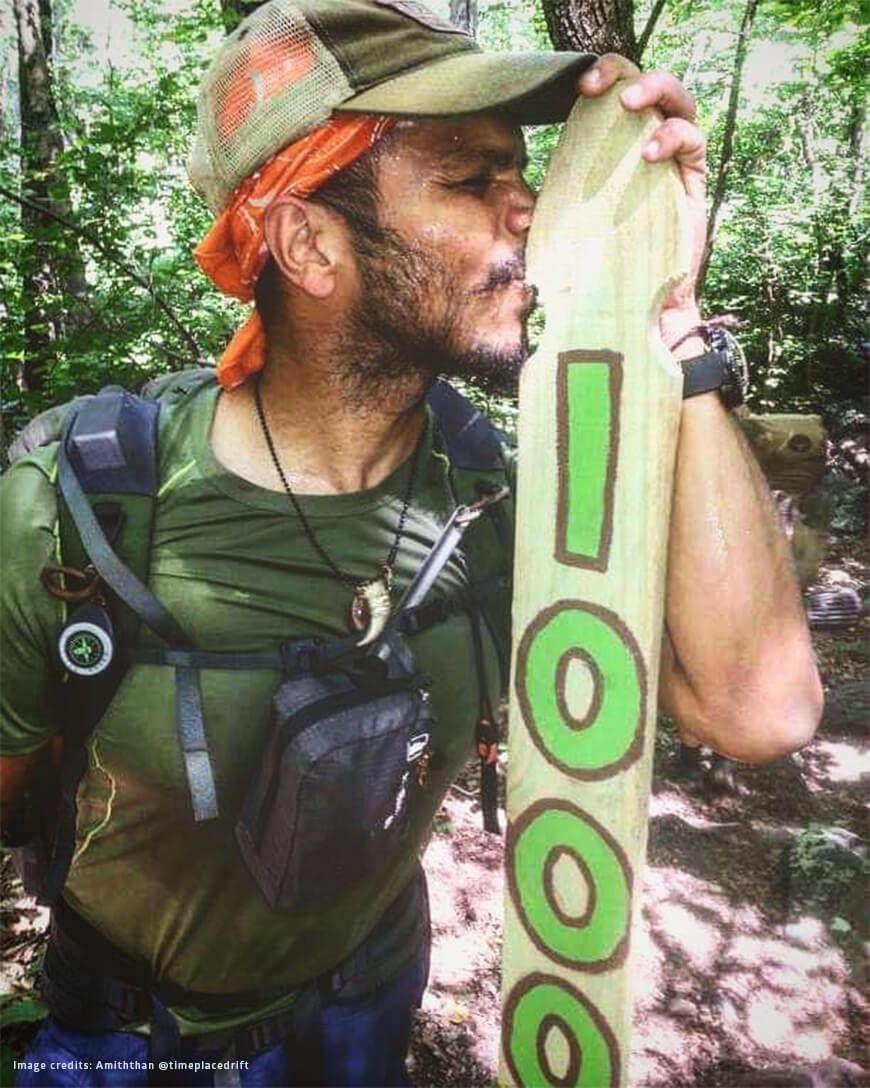